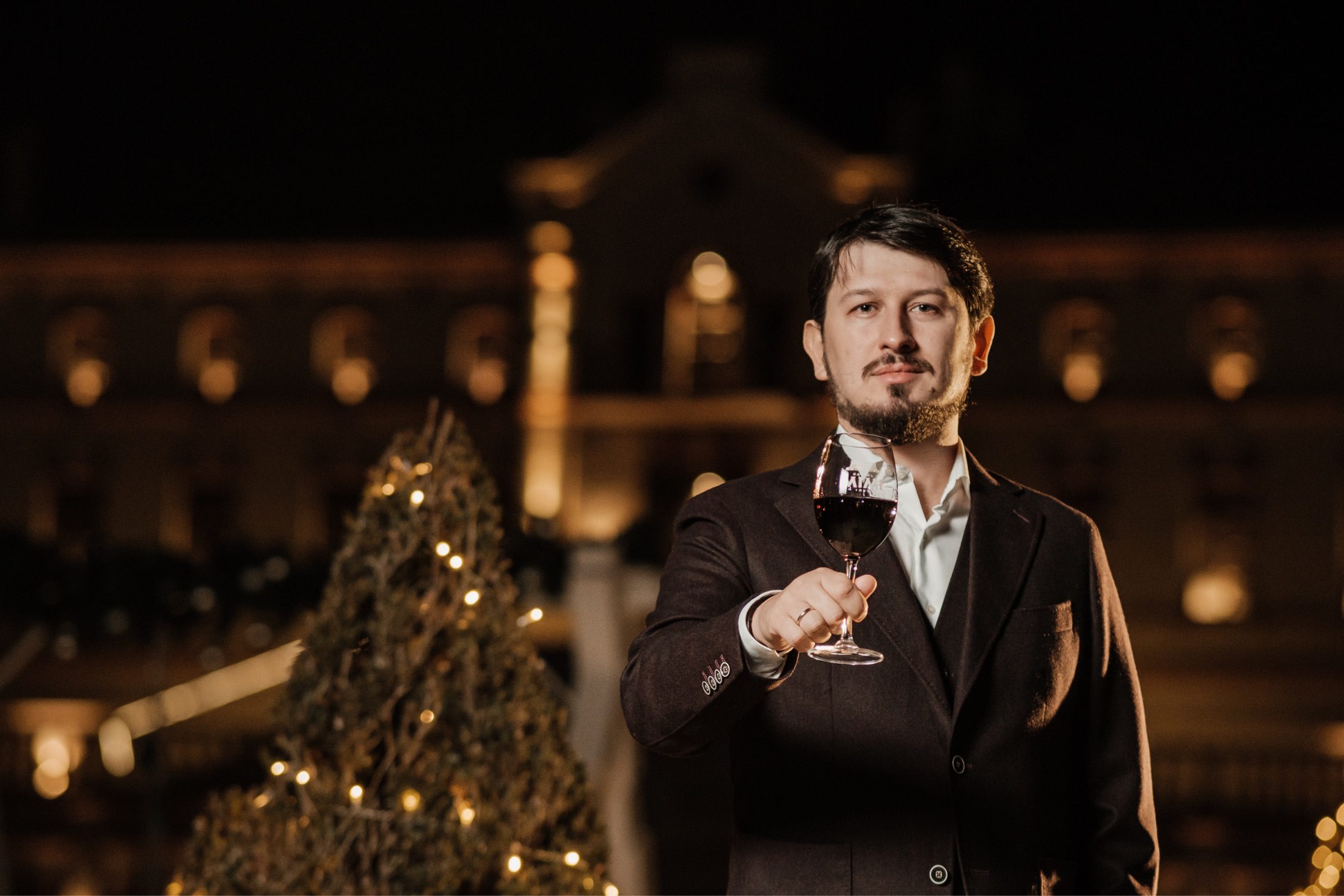 What is a sustainable business and how do we cope to develop it? Castel Mimi’s example 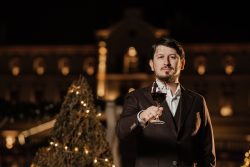 Besides making tasty wine, delicious dishes and splendid events, Castel Mimi also cared about creating a team of professionals, who would think about our Company’s future and its environmental impact.

The notion of ‘sustainability’ has been used more and more often recently. What does it exactly mean? What do a sustainable company or a sustainable product mean?

‘It is often confused with ecological, organic or bio-products, however, I would define a sustainable product as that one, which has a positive impact on the environment and which does not exhaust natural resources. It is a product, which was designed to be eco-friendly, starting even from the manufacturing stage till its end, when it is consumed or used. We, at Castel Mimi Winery, want to become as sustainable as possible, and this is one of the major objectives of our Company.

We are walking the line in this direction. Thus, aiming to achieve our goals, we have developed a long-term sustainability strategy. The supreme goal of such a strategy is to cope to integrate our activities in the nature in such a way that that the negative impact will not exist and will be equal to zero’, – explained Adrian Trofim, Chief Executive Officer of Castel Mimi Winery.

In 2022, Castel Mimi completed the first stage of building of a PV-panel park, which will ensure 45% of the annual energy consumption.

‘We want to have the full energy independence five years later, since this will help us to avoid the risks of energy market fluctuations and will provide us with an economic advantage, thus reducing the production costs. Hence, we will be able to offer better prices to our clients. In 2022, we coped to make already two sustainable events when all the electrical energy used was solar power. I mean such events as VinOpera and Wine’s Day at Castel Mimi Winery’, – says Adrian Trofim.

Aiming to become independent, from the energetic point of view, Castel Mimi plans to implement the up-to-the-minute technologies for warming and cooling the hotel and restaurant premises. Heat pumps, which use geothermal energy, and PV panels will contribute to ensuring such independence. Although this needs a huge initial investment, it will provide greater long-term benefits. The new hotel of Castel Mimi is designed, from the very beginning, as based on the idea of energy efficiency and minimisation of negative environmental impact. The specialists, who are engaged in this project, focus their attention on those technological solutions, which will help us to achieve this result.

Another important aspect is carbon footprint, which our Company emits, i.e. produced CO2 and consumed CO2 difference. Carbon dioxide, having the chemical formula – CO2, is produced as a result of consumption of gas, electrical power or fuels. Glass, cork and other materials, which are required in the wine production and bottling process, also generate CO2 emissions, in the course of production. However, the level of emitted CO2 may be reduced by planting green areas, by recycling materials and by using alternative sources of energy.

‘We, at Castel Mimi Winery, are doing our best to minimise CO2 footprint, using several techniques. The lighting is realised exclusively with LED lamps, the footprint of which is by 9 times less than that one of standard illuminating devices. Those 6 hectares, which Castel Mimi is located on, are lightened with more than a thousand LED lamps. If compared to a standard lamp, a LED lighting device generates by 70 kg of CO2 less per year. Thus, a thousand of LED lamps, which are installed at Castel Mimi Winery, allow us to generate by 70,000 kg of CO2 less every year. I think that this is a great positive impact’, – asserts Adrian Trofim.

Meanwhile, Castel Mimi also promotes train carriages, since train is regarded as a transport facility having the lowest impact on the carbon footprint per passenger. Hence, a ‘wine train’ has been ‘launched’ for certain events arranged at Castel Mimi Winery, on Chisinau – Castel Mimi route, so that those, who wish, will have the possibility to renounce using their personal cars and going more ecologically by train.

Creating green areas has always been an objective for Castel Mimi team. Over ten thousand of trees and plants were planted in Castel Mimi territory and in the Villages of Bulboaca and Speia.

Another method to reduce CO2 emissions is applied to the export of Castel Mimi wines. Logistics is a huge CO2 producer, while the effects are spread over each exported bottle of wine. Hence, we have been always promoting light-weight bottles and have been avoiding heavy-weight bottles, because each truck has its own weight limit to carry. The more bottles such limits cover, less CO2 per bottle is produced by the transport facilities.

‘We have learnt it from the northern countries. If we want to export to Sweden and other countries, we have to abide by certain standards: light-weight bottles, ‘screw cap’ corks, 12-bottle boxes. Such requirements are directly aimed to reduce CO2 produced by the logistics, and, as well, to make possible further sorting for recycling purposes’, – explains Adrian Trofim, Chief Executive Officer of Castel Mimi Winery.

Recycling is a special item, and it is extremely important too. Castel Mimi Winery avoids the use of plastics, to the maximum extent possible. Thus, plastic dishware is used neither at the restaurant, nor for the open-air events, nor for the foodstuffs ‘to-go’. We offer only glass tumblers for any and all events, but if they are broken, they are brought to recycling. The same technique is applied to empty bottles. Cardboard and paper are sorted too and then they, as well as plastics, are carried to the recycling centre.

‘Besides sorting the glass, plastics and paper, we have been more ingenious, from this point view. Old pallets become furniture, while used barrels become dishware or elements of decoration. We are doing our best in order not to limit our creativity. Now, we are planning to install, as well, an organic waste collector, in order to transform such waste into manure and to use it as a natural fertiliser for our garden and grapevine plantation’, – asserts Adrian Trofim.

Besides reducing the carbon footprint and ensuring the energy independence, the goal of Castel Mimi Winery is to change grapevine management step by step, in order to decrease the negative environmental impact.

‘Organic grapevine is an objective of major importance. We can achieve this by small but steady steps. We have selected a seven-hectare plot, where we decided to cultivate organic plantations. So, we will have our fist organic wine several years later. All the grapevine activities are aimed to decrease our impact on the nature. This goal may be achieved by optimising our activities. If a new tractor is purchased, it must be equipped so that it will be able to perform several activities in the grapevine plantations. Such optimisation gives us not only reduction of the negative environmental impact but also lower production costs of grapes. Using the installations, which forecast the advantageous settings and grapevine diseases, helps us to be as efficient in spraying, as possible. Nowadays, information is the most powerful resource. If anyone is always informed about up-to-date technologies, they can create a strategy and an actions plan to develop a sustainable business. If one implements such up-to-date technologies, they will achieve both economic benefits and a long-term positive environmental impact’, – made a conclusion Adrian Trofim, Chief Executive Officer of Castel Mimi Winery.